The show is sold out (thank you!), but I wanted to write up a little note to let you all know how excited I am to be sharing the stage with my idol and synth hero: Howard Jones, Wednesday May 13 at Harlow’s Nightclub in Sacramento!

In 1985, I was lucky enough to see HoJo perform on your planet at UC Davis  – and that show changed my life. I bought my first Yamaha KX-5 keytar immediately after, and @Keytar_Tony was born! Since then, I’ve seen Howard perform a zillion times, and later in my career, when I worked in the record industry, I met Howard’s manager: David Stopps, then shortly after, I met Howard, and my backstage meet and greets continued up through last year. Howard borrowed my digital piano a few years back for an acoustic show, and we had a chance to finally chat. He is so calm and collected – a genuine Buddhist. A great human.

> My HoJo enriched life has been filled with lots of synthpop fun! I’ve seen Howard Jones perform almost every single year since 1985!

Howard’s recent producer, bandmate, and right-hand man: Robbie Bronnimann, is producing self.same’s EP, including our Progressive House single ‘Fragments.’ Robbie and I have worked together for the last two years building a project that is finally hitting the airwaves and making people dance! When Howard’s latest tour was announced, my buddy John Carlson, who does sound at Harlows, asked if I wanted to open the show, and of course, self.same jumped at the opportunity!

We’ve come full circle. It is crazy! I wish I could go back in time and tell that scrappy 15 year-old keytard with the long bleached bangs, and z cavaricci pants, that someday I will be sharing the same stage and audience as HoJo. I’d high-five myself, and then say: “and, do you feel scared??”

I don’t! And,  Things Did Get Better! I hope some of you are lucky ticket holders, because this is going to be a show to remember! Please come back in a couple of days – I’ll be posting pictures.

We’re counting down to our big gig with Information Society and Book of Love!
> This Saturday, Jan 31 – please join self.same as we ‘warm the speakers’ for the two Iconic synth bands.
Where: Thunder Valley Casino, Lincoln CA
Time: Doors open at 6:30p.
Tickets at Ticketmaster. I’m told the show is almost sold out!

I’ll be posting photos from the gig on my Instagram page, so make sure you click the button below and join the fun.

I’ve always loved the band ‘Information Society.’ An early influencer of mine, I wore out their records and tapes in the late 80’s, and they continue to have high rotation on my iPhone and home collection. I never understood ‘Book of Love’ until recently. I remember their music from compilations, but as they were famous in the club scene during the 80’s, and I was a kid, I didn’t get into their music until much later in life.
My band ‘self.same’ is performing with these two bands January 31 2015. It is our first show of the new year, and what a way to kick it off! This is our second live show (as self.same), and I am excited that we have received such great response out the gate.
If you are in Northern California, please try to come see us, and two influential synth-pop bands that will blow your mind!
-keytar tony
Here’s the link:
http://www.thundervalleyresort.com/Entertainment/Headliners 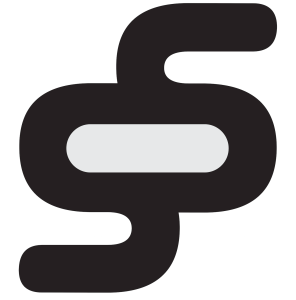 In 1993, I recorded an instrumental / ambient ‘album’, mastered it to DAT (remember those?) and forgot about it. It resurfaced within the last year. I commissioned my friend Zack Pangborn create cover art inspired by the music, and after a bit of remastering, I released it as a free download on Noisetrade. I used only one synthesizer: the GeneralMusic S2. There is also a little bit of a Speak ‘n Spell on song #2.
Enjoy!